If you would like to view the broadband coverage data on a map at municipal level, you can find them by clicking on the maps that follow. 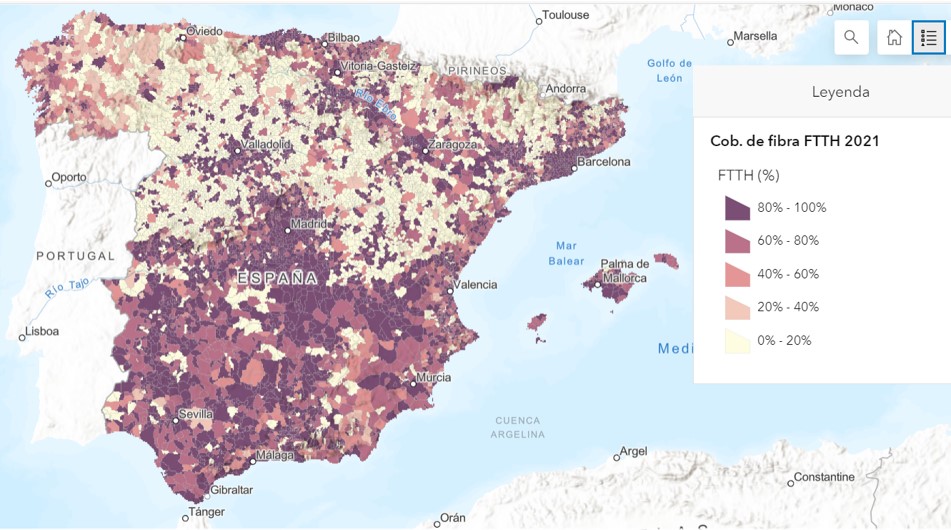 Geospatial broadband coverage in Spain, which allows the user to find out about data connection provision by type of technology (fixed/mobile) and transmission speed, at different territorial levels, descending to municipal scale. For more information, you can consult the reports on broadband coverage in Spain published by the Ministry of Economic Affairs and Digital Transformation. 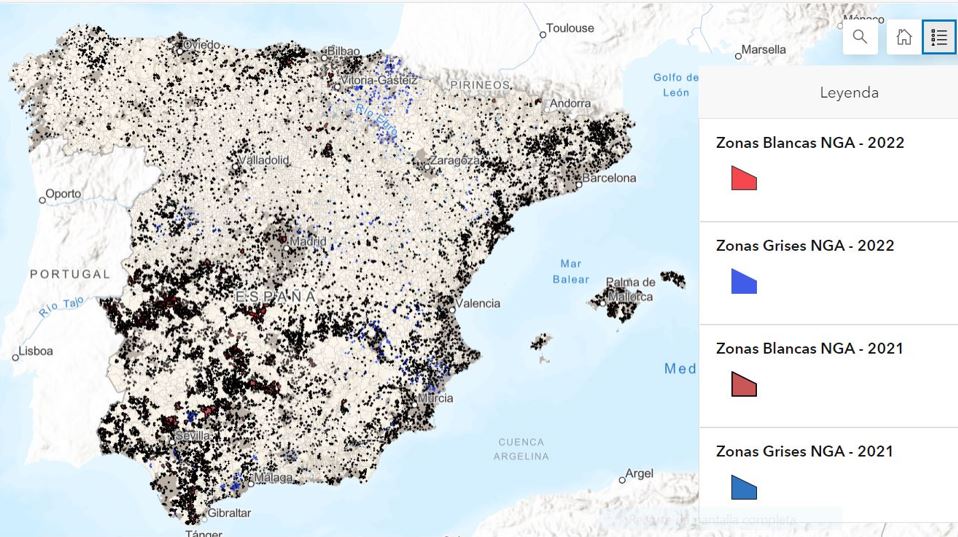 Those that are not covered by new generation broadband networks, and there are no forecasts indicating that such provision will be provided by any operator within the next 3 years, based on credible investment plans.

Those in which cover is already available, or is expected to be available, within the next three years, but where that coverage is or will be provided by a single operator who is not capable of providing broadband services at speeds of 100 Mbps or higher downstream.

Any inhabited, or occasionally sparsely inhabited, municipal areas that are clearly differentiated within it and are known by a specific name that identifies them, without possibility of confusion.

Are you looking for more information? Send us an email stating the information you think should be included, and we will try to add it to our systems. Remember, the more specific your suggestion, the easier it will be to search for and obtain the information.